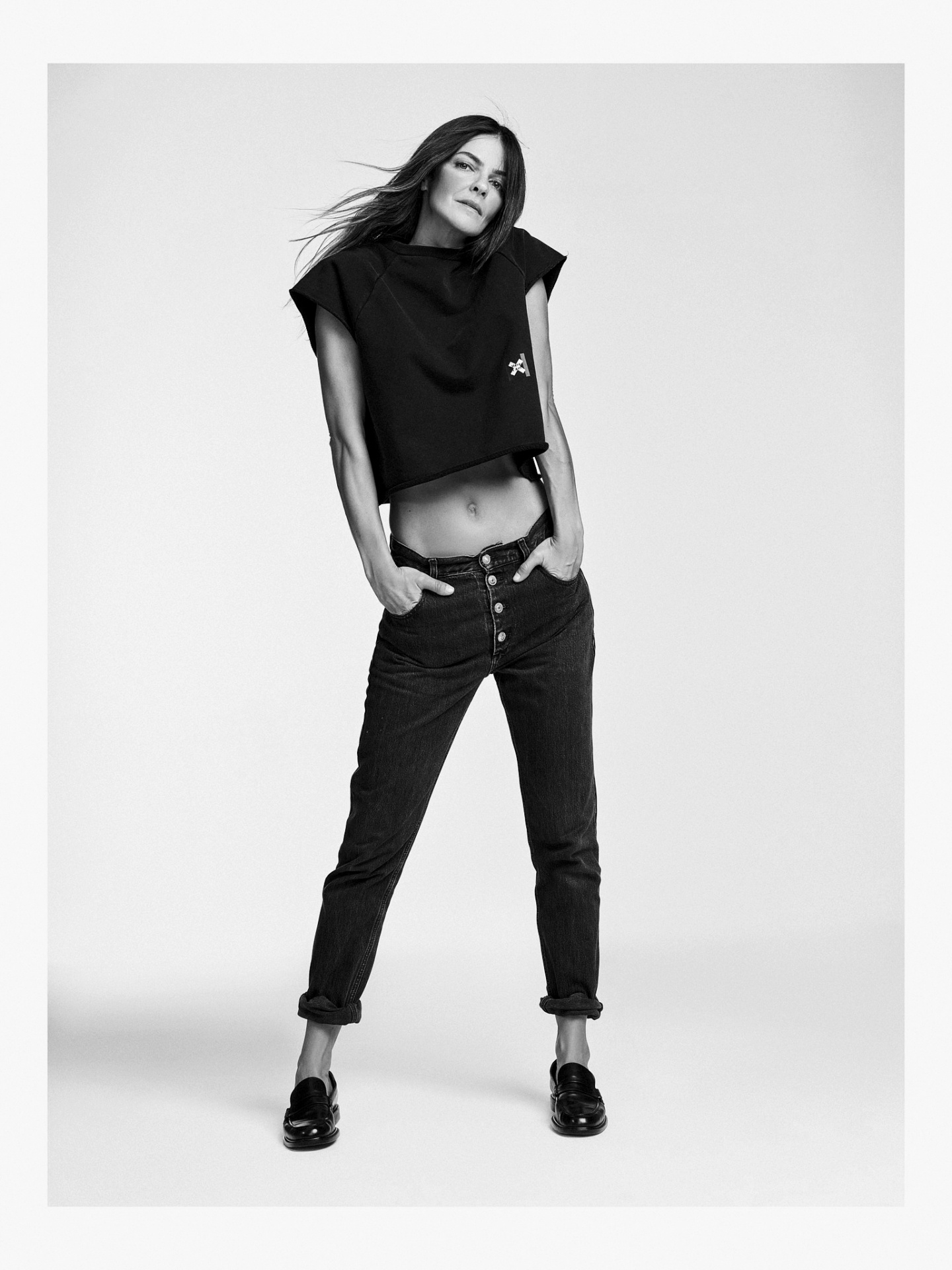 As a model, between 1993 and 2015, she was represented by Central Models and Elite Lisbon, taking part in the most important fashion weeks worldwide, in cities such as Milan, New York, Paris and Lisbon. She’s currently represented by L’ Agence, where she continues to work with different brands.

In 2009, she founded a lingerie store named Négligée, on Castilho street in Lisbon, which brought a completely groundbreaking concept to Portugal, in an intimate and luxurious environment.

Since 2013, she’s been Booker Women Division, at Elite Lisbon.

Between 2018 and 2019, she created a second-hand clothing sales market and partnered with Mr. Mood brand for a clothing line with her own design.

She’s currently Partner and Creative Director of HIA, a project entirely conceived by her.

This isn’t just another clothing brand.
This is kind of an announcement.

We are what we are, with our own beliefs, ideas, and purpose. HIA says “Here I Am” straight away and reminds us that, even in a world as big as this, each one of us has a unique voice that can be manifested by how we present ourselves every single day. It’s much more than putting on clothes we like and expect they make us look good.

It’s a form of expression, a vehicle for our thoughts and views about the future.

Because confidence is the best thing you can wear.

We’re talking mostly about comfort, empowerment, and sustainability. There is a certain amount of inspiration in each one of these dimensions and that’s a key ingredient for a bright new tomorrow. Comfy clothes with strong messages, made with environmentally friendly materials from day one, as a manifest towards present and future. HIA takes a stand, chooses a side, in order to fight for the most noble causes. People, and specially what they have inside, is what matters most.